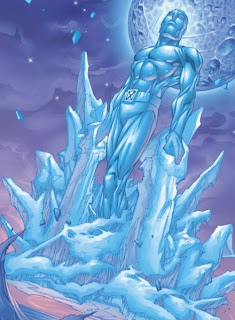 Iceman (Robert "Bobby" Louis Drake) is a fictional Marvel Comics superhero, a member of the X-Men.
A mutant, Iceman has the ability of cryokinesis where he can freeze anything around him and can also turn his body into ice. Although he is an Omega-level mutant, Drake has yet to tap his full mutant potential. He has, however, begun to take more interest over the years in developing his abilities.
Iceman possesses the power to radically decrease the temperature of ambient water vapor in his immediate environment, thereby freezing it into ice. In this manner he is able to quickly form a great variety of ice structures, including projectiles, shields, ladders, baseball bats, etc. He often makes ice slides which form rapidly beneath and behind his feet, pushing him along the slick surface at high speeds. Originally, Iceman's own body temperature would lower dramatically when his powers were active, reaching −105 °F (−76.1 °C) within a few tenths of a second (now his body usually converts to organic ice; see below). Iceman is immune to sub-zero temperatures; he is also able to perceive the thermal energy level of objects around him. Because cold is the absence of heat, Iceman does not actually 'emanate' cold; rather, he decreases thermal energy. 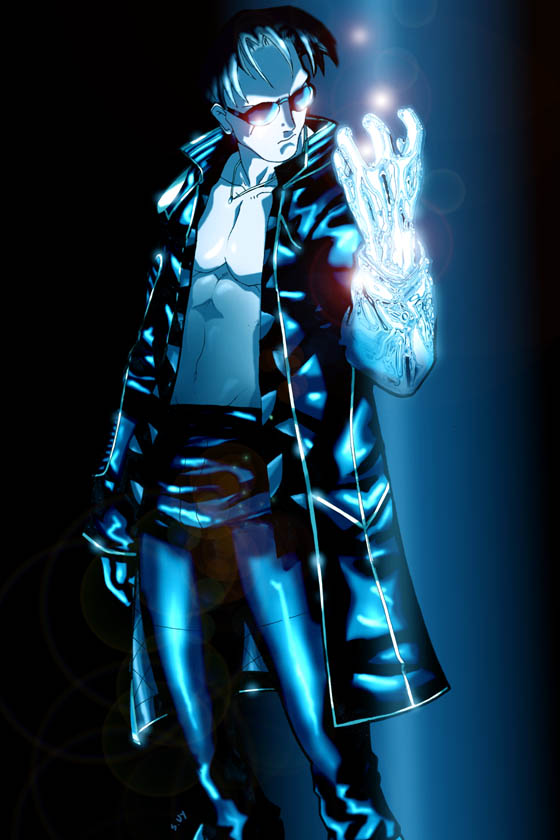 Iceman is also able to reconstitute his organic ice form if any part of it is damaged, or even if it is completely shattered, without permanently harming himself. He can temporarily add the mass of a body of water to his own, increasing his mass, size, and strength. He can survive not only as ice, but as liquid water and water vapor. He can also transform his body from a gaseous state back to a solid, although it is physically and mentally taxing. Iceman can also freeze sea water, as seen during the "Operation Zero Tolerance" story arc.

Aside from his superhuman powers, Iceman is also a fair hand-to-hand combatant, and received combat training at Xavier's School as well as coaching from the Black Widow and Hercules while serving with the Champions of Los Angeles. Iceman has as much combat training as Cyclops or Beast .

Email ThisBlogThis!Share to TwitterShare to FacebookShare to Pinterest
Labels: Iceman