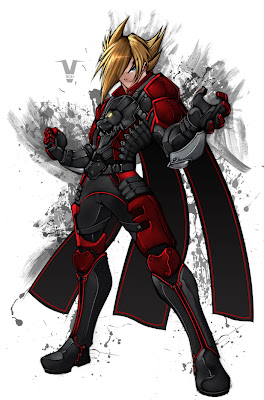 Lars Alexandersson (born February 10, 1972) was introduced in the Tekken 6 expansion, Tekken 6: Bloodline Rebellion. He is a Swedish officer in the Tekken Force. As the Mishima Zaibatsu waged war on the world, its soldiers, the Tekken Force, began a worldwide coup d'etat. G-Corporation, led by Kazuya Mishima, rose to power and was their main opposition, leading to worldwide conflict. The mastermind behind this coup d'etat was Lars Alexandersson, a young, charismatic Tekken Force officer with incredible physical ability and intellect. Most importantly, he is the illegitimate son of Heihachi Mishima, and no one, except for Lars himself, knows this. Not even Heihachi himself. 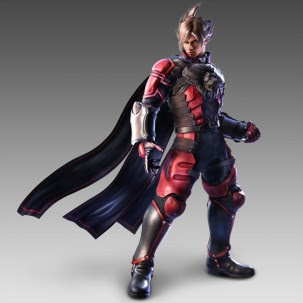 Lars is Swedish rather than Japanese like the other Mishima family members. Lars third outfit was designed by Masashi Kishimoto, who is most famous for being the author of Naruto. Because of this, Lars appears in the game Naruto Shippuden: Ultimate Ninja Storm 2, wearing the alternate outfit designed by Kishimoto.
Posted by bluedreamer27 at 10:50 AM