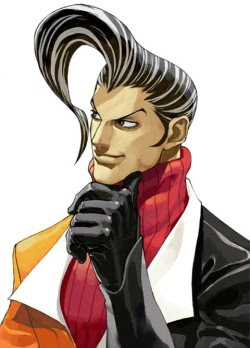 Vulcano Rosso A rather mysterious combatant, the flamboyantly dressed Vulcano Rosso carries a burden of pain. Since his lover was killed, his only thought has been revenge. Vulcano Rosso is a warrior who fights to avenge his girlfriend who had been killed. He has the ability to create violent and dangerous attacks that utilize lava and volcanic eruptions. His name is the Italian translation of "Red Volcano." He first appears as a playable character in Street Fighter EX 2 Plus.
Posted by bluedreamer27 at 12:25 PM