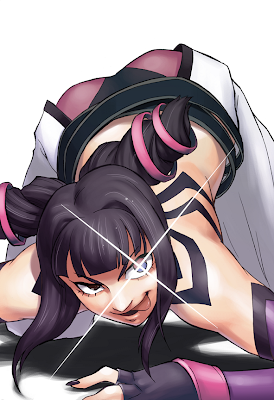 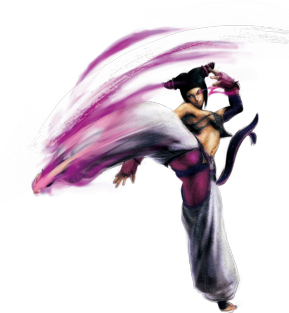 She has a very strong rivalry with Chun-Li and Cammy. Shortly after working for Seth, she turns on him to kill both Bison and Seth. Chun Li and Cammy both try to subdue her but she escapes. In the end she confronts Bison, who had just beaten Seth, and while the battle is not seen, she survives and apparently wins the battle. She approaches Seth and taunts him on him being a spare body for Bison before killing him by stomping on his Tandem Engine, revealing that she planned to become the new leader of S.I.N. 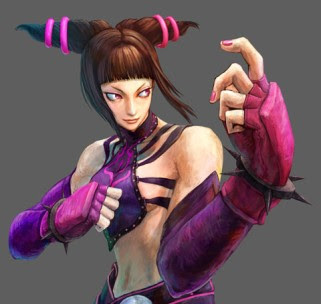 Juri is an offensively oriented character. She uses a few punches, but mostly uses kicks. Juri is a very flashy fighter who likes to toy with her opponent, and is used best in bursts of agression.

Juri has a fireball technique that she can choose to charge in a method similar to Balrog's Turn Punch or El Fuerte's Quesadilla Bomb. If she chooses to charge it, she does a high kick that leaves a trail of energy which will hit very close opponents or cancel out approaching projectiles if timed correctly. Juri can then unleash her fireball at any time after that by releasing the button, either immediately or much later in the match. Her most notable technique is her pinwheel kick, which moves her forward as she does a wheel kick similar to Guile's Flash Kick and Chun-Li's Spinning Bird Kick. Her EX version hits several times and launches the opponent into the air. Juri also has a counter move in which she taunts her enemy into hitting her, and if the opponent strikes, Juri will either move backwards, jump into the air (and optionally react with an air attack), or dart behind her opponent. Juri has an aerial dive kick that moves at several ranges depending on the kick button pressed following the air motion, and can be followed up with more kicks. Her EX version causes the opponent to wall bounce which opens up specific combo opportunties.