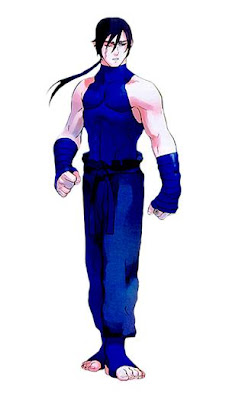 Kairi is a character who appears exclusively in the Street Fighter EX series by Arika. He debuted as a hidden character in the arcade version of the first game. Kairi was born to the main house of the Mizukami family and was trained in the family's ancient art of hand-to-hand combat. However, Kairi lost his memories when he fought his own father to a fight to the death and for several years he has wandered the world, fighting without rhyme or reason. Only the words "you must challenge your limits" remained in his memories. Led by these words, Kairi thought that the only way to recover his memories was to follow the way of the Shura and fight, replacing his lost memories with the nature of a demon. As he continued fighting, Kairi's hair was turned from black to white and his body began to be covered in scars. Eventually Kairi fought his younger sister Hokuto to a fight to the death on several occasions. Despite the attempts of Nanase, the youngest of siblings to stop them, this has been unavoidable fate for Kairi and Hokuto. 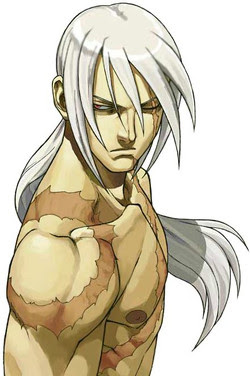 Just like Allen, his techniques and fighting style are similar to that of Ryu and Ken. Also Kairi inherited and succumbed to a power similar to the Satsui no Hado. Because of this, Kairi has the same abilities and power level as Akuma, including his most lethal murderous technique Shun Goku Satsu and Zankuu Hadoken that he demonstrated in the EX Series.
Posted by bluedreamer27 at 11:35 AM