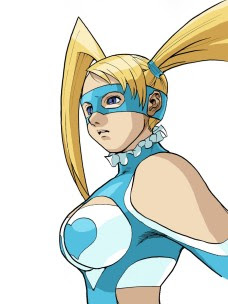 Rainbow Mika or R. Mika for short is a video game character from the Street Fighter fighting game series. Her real name is Mika Nanakawa , and she is a professional wrestler trained by the big, domineering, shinai-sporting, golf cart-riding, Yoko Harmegeddon. 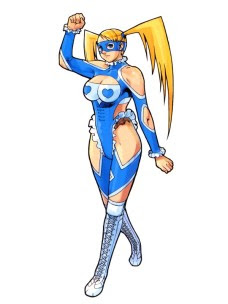 Mika's goal is to be "Star of the Ring." To try to accomplish this, Mika decided she would travel abroad and battle famous street fighters even before she made her official debut. During that time, she met Zangief, a wrestler she is a huge fan of. Zangief inspired her as a pro wrestler to train hard for the next time they meet.
Posted by bluedreamer27 at 8:28 AM