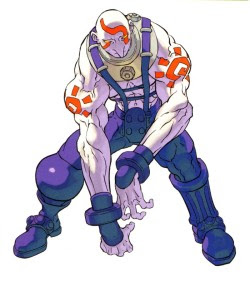 Necro is a character in the Street Fighter series. He first appeared in Street Fighter III and is voiced by Michael X. Sommers in New Generation and 2nd Impact and by Lawrence Bayne in 3rd Strike. Necro, or Illia, left his small village in Moscow to seek independence and riches. While searching, Gill and his organization confronted him and promised him a better life. They persuaded Necro to join but he was tricked and experimented on. He was given the ability to stretch his limbs and produce electricity from his body at the cost of leaving him looking like a mutant. 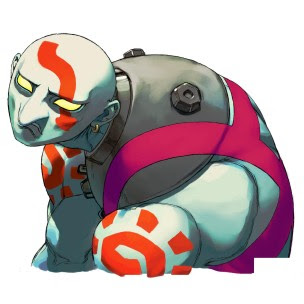 A cybernetic computer was implanted into his brain that enhanced his fighting abilities as well. Necro entered the third Street Fighter tournament and saw it as a way to gain back his freedom and get revenge on Gill. But he was tricked again and ended being trapped and tied up, and Gill left him to die inside the self-destructing base. However, his girlfriend Effie managed to save him and they escaped before they were killed. They were now both free, but they knew they would still be chased by Gill's organization.