Promoting a product has never been too easy because there are so many factors that a promoter has to consider to make their advertisement more effective. It's more like a "win or lose" situation" because you do not know how the viewers or readers will response to it. We cannot please everyone as what we all know. We all have different views and opinions so if you are going to promote a certain product through tv, radio or newspaper advertising , then better pick the right endorsers, pick the right words to use, and pick the right theme and story for it.
Or better yet, try a more user or viewer's friendly advertisement like animation. It makes it much easier to deliver your message to everyone through fast draw animation. Well not just because it's fast but it is done in a very simple way of promoting, making it not too complicated for the viewers to understand.
It's more like a simple story telling , done in a very simple animation yet a very effective marketing strategy to promote a certain business.
Kindly check the video below and see how much a fast draw animation will help your business and boost more sales.

Posted by bluedreamer27 at 6:28 PM No comments:

To be A Copywriter

I have been aiming to become a certified copywriter someday. Writing has always been my passion and i feel like i can use that skills more in a copywriting field. Copywriters are the people behind those effective advertisements we've seen on TV, newspapers, radio , and electoral campaign and other kind of media. They are the one who establish hard-hitting words or slogan to promote a certain business. They are highly skilled writers that can craft words to make a business easy to be remembered by customers by throwing out creative words or writings that marks the readers or viewers mind for a long time.
A professional copywriter should be flexible and versatile and can work in any field or category whether it is something technical, political or marketing which makes their field a little bit challenging yet a very interesting and exciting one.
I'm not really sure if there's a certain course specializing about this field of work but i am really eager to enter such industry. I'm taking Perry Belcher as one of my inspiration. He's considered as one of the world's greatest copywriters. I might have to get a copy of his free copywriting newsletter . Yes! you heard that right. It's Free. Check this video to learn more.

(or check it here: http://www.youtube.com/watch?v=BLvLfGHIMes)
Posted by bluedreamer27 at 5:54 PM No comments:

We have to keep in mind that "copyright" is different from "copywrite" . Don't get me wrong but there's really a huge difference between the two and not just the way they are being spelled huh! (LOL) Anyway, Copyright is more of a legal concept that protects and gives the original author an exclusive rights for his work. Copywriting, on the other hand is the process whereby you legally protect everything from a book to a slogan.
The main objective of Copywriting is to promote a certain business by writing hard-hitting words that may boosts a business sales by attracting numerous customers.
Copywriters like Perry Belcher is very talented indeed as they they are all gifted with such amazing writing skills and strategy that may drive traffic or sales of a certain business.
Copywriting , however, is divided into different categories and it may vary depending on what topic are you trying to specialize in.
There are Marketing copywriters that work exclusively for businesses to provide an effective marketing strategy. There's the Political copywriter that deals with topics related to politics. You can check this video and see how it works.

If there's something among us in the family who used to spend most of the time in the kitchen, keeping herself busy with cooking her special recipes, that would be no other than my mom. Cooking has been her passion ever since and we might be the luckiest people around for having such a talented and creative mom like her. And now, she is about to turn 51 today , January 9, and we're planning to make it extra special for her . Even though i have work today (and i can't have a VL since i am not a regular employee yet unless I can just go for AWOL). I just bought a Cake and a complete ingredients for her spaghetti though i don't have any gift yet ... sigh .
I better think of something before i got home from work. I might buy her a dress or a purse but I don't she will use it more often. It is very ideal to buy her some cooking materials since she used to spent most of her time in cooking,
If i only have a good budget, we might be able to hire some workers and renovate her kitchen to make it look more appealing than what it is right now. She's been aiming to have a nice countertops like that granite countertops san francisco in California, offered by Marble City. Well, aside from being immensely beautiful, it looks clean and fresh to me that would probably motivate all kitchen lover like my mom. Well, hopefully we'll make it possible any month this year.
Posted by bluedreamer27 at 11:06 AM 1 comment: 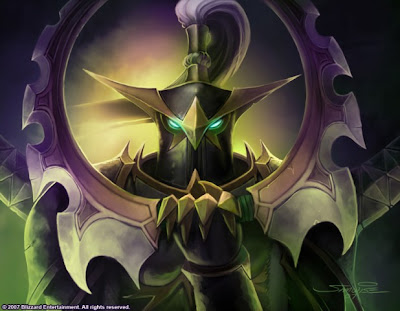 Warden Maiev Shadowsong, along with her younger brother Jarod Shadowsong, played a key role in the battle against the Burning Legion during the War of the Ancients. In the aftermath, Maiev asked to be and was appointed the jailor of Illidan Stormrage and took on the mantle of leader of the Watchers. After Illidan rose to power in Outland, Maiev was imprisoned at the Warden's Cage in Shadowmoon Valley, where Akama and his Ashtongue Deathsworn served as her jailors.

Maiev allied with Akama and snuck into to the Black Temple during a Sha'tari attack, where she joined Akama and the adventurers he had rallied in the final battle against Illidan. Fuelled by the desire for vengeance, Maiev struck the final blow that ended the Betrayer's life...but instead of relishing in her victory, she became a shell of her former self, admitting that with Illidan now dead, she was nothing.

Maiev is voiced by the actress Debi Mae West in both Warcraft III: The Frozen Throne and World of Warcraft: The Burning Crusade. She appears to be alive in World of Warcraft: Cataclysm and is under the service of Akama. On the other hand, the loading screen image might only reference tribute to her achievements alongside Akama in the Black Temple, and does not insinuate her being alive or dead. 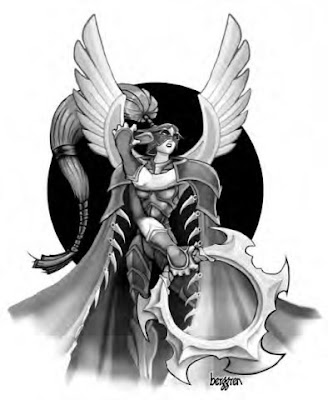 Maiev is a driven, austere individual. She both fears and despises arcane magic, and shows her derision openly to its practitioners. Aloof and silent, Maiev is always concerned with her duties or latest assignment. She does not care for the company of others; she refuses to let interpersonal relationships interfere with her cause. Maiev moves with fluid, deadly grace. Her voice is velvet-covered steel. Maiev is cold; her only warmth comes from her rage when she thinks of the Legion’s destruction and Illidan’s horrible treason. Hers is an achingly lonely existence.[2]

Maiev sees things very much in black and white, and in recent years, lost belief in the concepts of rehabilitation or redemption that she was trained to uphold in Elune's name. She is unwilling to forgive any association that is tied to the Legion or brings harm to others, whether a large one such as Illidan's ultimately siding with Azshara and causing the deaths of millions of life-forms or a comparatively small one such as Drak'Thul's presence during the raising of the Tomb of Sargeras, leading to the deaths of many orcs.

Maiev is loyal to her comrades and determined to ensure they come to no harm. Her fury at Illidan was originally motivated by her disapproval of his actions with Azshara and the fact that he nearly killed Jarod. Later, she is driven to blind hatred after his murder of Naisha and the other Watchers.

By tracing her personality first as a priestess, then as a warden, and finally as vengeance, we can see how she came to hate Illidan in particular. Her election as Illidan's jailor really meant that she became as much a prisoner as he; they merely occupied opposite sides of the bars. Given that, her resentment and rage towards Illidan is easy to understand.

Her first motivation was to punish Illidan for his transgression (which a Kaldorei tribunal sentenced him to, not she), then to stop him from killing anyone else, and finally, pure vengeance.

Posted by bluedreamer27 at 1:40 AM No comments: