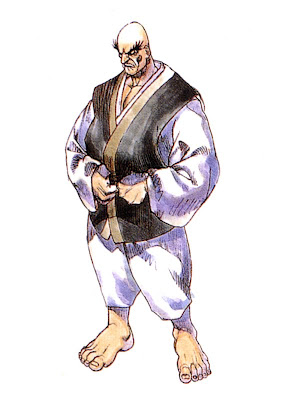 Retsu is a master of Shorinji Kempo who fought in the first world warrior tournament. While the character never appeared in another Street Fighter game, he still forms part of the later games' backstories (being established as a friend of Ryu and Ken's teacher, Gouken). Retsu appears in the sixth issue where he is seen in a flashback of Ryu's childhood as a friend of his master Gouken. Retsu spars with Ryu and is almost beaten to death when Ryu goes into the Satsui no Hado but is stopped by Gouken. 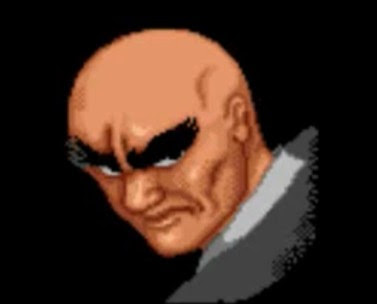 He plays a role in a pair of Street Fighter II Drama CDs released in Japan, Mad Revenger and Portrait of the Magician, where he is voiced by Takeshi Aono.
Posted by bluedreamer27 at 8:36 AM