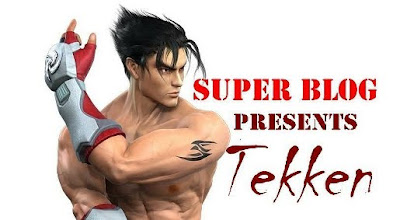 After Street Fighter, our next theme will be base again on another Video Game.
Tekken is a series of fighting games developed and published by Namco. Originally an arcade game, versions exist for the PlayStation, PlayStation 2, PlayStation Portable, PlayStation 3, Xbox 360, Wonder Swan, and Game Boy Advance. The story in each game in the series (with the exception of the non-canon game Tekken Tag Tournament) documents the events of the fictional martial arts tournament, The King of Iron Fist Tournament, with the game's chronological number corresponding with the current iteration of the tournament.
There are currently six main installments in the Tekken series. A new Tekken game has been confirmed which is a sequel to Tekken Tag Tournament, entitled Tekken Tag Tournament 2. It is currently in the development stages and it is planned to be released Summer 2011 in Japan. Other countries' planned release dates are yet unknown.
The Tekken series is one of the earliest 3D fighting game franchises.

Email ThisBlogThis!Share to TwitterShare to FacebookShare to Pinterest
Labels: Tekken