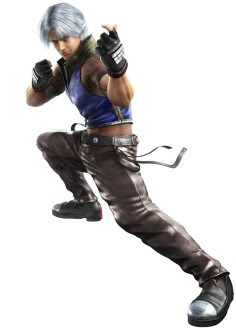 Lee Chaolan (born May 2, 1960) is a character from the Tekken fighting game series. Like Marshall Law he is also, somewhat based off of Bruce Lee seeing he yells when he does certain attacks, not to mention his name being Lee Chaolan, whereas Bruce Lee's nickname was Lee Xiao Long (Little Dragon). He is the adoptive son of Heihachi Mishima, and has appeared in every Tekken game with the exceptions of Tekken 3 and Tekken Advance. He is known for having a very distinct relationship with his father, Heihachi, and his older brother, Kazuya. Lee has a luxury mansion in Bahamas, and his mansion is shown in a stage in Tekken 5 called "Poolside". In this stage, if Lee is not fighting, he can be found relaxing by the pool surrounded by women in bikinis. 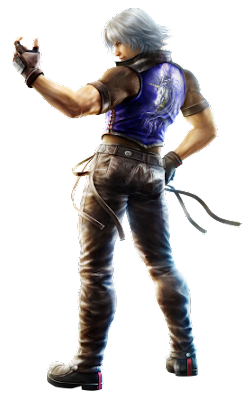 Lee's parents died when he was a young child, leaving him to fend for himself on the streets. Facing a hostile environment each day, Lee quickly became a skilled fighter who could fight three men off with reflexes that were amazing for a boy of his age. It was these qualities that caught the eye of Heihachi, who witnessed Lee fighting several other kids on a business trip. Impressed by his street-fighting skill, Heihachi decided to adopt Lee, and take him back to Japan to live alongside Kazuya. It is not known if he actually felt any emotion towards the orphan; it has been suggested that he simply raised him to replace his blood son Kazuya, whom he had at first considered to be too weak to inherit the Zaibatsu. Another possibility is that Heihachi wanted to give Kazuya inspiration to shape up, by showing the constant threat of replacement.
Lee has distinctive silver hair which covers most of the top part of his head and he has dark gray eyes. Since Tekken 5, Lee's primary outfit has been a vest, a jerkin with unicorn face at the back, gloves, leather pants and shoes. His secondary outfit is a classical tuxedo. The color of this outfit varies with the series. His secondary outfits since Tekken 5 have been buisness suits. In Tekken 5: DR, both his primary and secondary outfits are entirely violet.
Posted by bluedreamer27 at 12:40 AM