The Flash is a name shared by several fictional comic book superheroes from the DC Comics universe.
Once nicknamed the Scarlet Speedster, all incarnations of the Flash possess "super-speed", which includes the ability to run and move extremely fast, use superhuman reflexes and seemingly violate certain laws of physics. Thus far, four different characters, each of whom somehow gained the power of "super-speed", have assumed the identity of the Flash: Jay Garrick (1940-), Barry Allen (1956-1985, 2008-), Wally West (1986-2006, 2007-), and Bart Allen (2006-2007). Before Wally and Bart's ascension to the mantle of the Flash, they were both Flash proteges under the same name: Kid Flash.

All incarnations of the Flash can move, think, react at superhuman speeds, vibrate so fast that they can walk through walls, travel through time and can also lend and borrow speed. Furthermore, all members have an invisible aura around their bodies that prevents themselves and their clothes from being affected by air friction as they move at high speed.

Speedsters may at times use the ability to speed-read at incredible rates and in doing so, process vast amounts of information. Whatever knowledge they acquire in this manner is usually temporary (Bart Allen seems to be the exception, though in earlier years, Max Mercury believed that Bart's speed learning would not stick).

Flashes and other super-speedsters also have the ability to speak to one another at a highly accelerated rate. This is often done to have private conversations in front of non-fast people (as when Flash speaks to Superman about his ability to serve both the Titans and the JLA in The Titans #2). Speed-talking is also sometimes used for comedic effect where Flash becomes so excited that he begins talking faster and faster until his words become a jumble of noise (Wally West once became so surprised that he generated a small sonic boom with his voice). 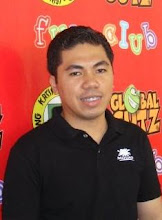 CRISIBOY OF Jologs Na Yuppie
THANKS!!!
Posted by bluedreamer27 at 11:45 PM