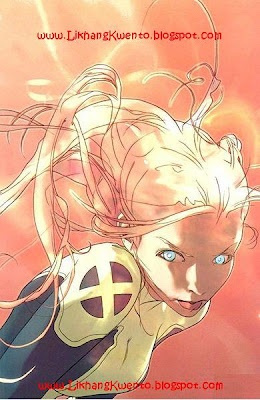 Magma (real name Amara Juliana Olivians Aquilla, but also known as Alison Crestmere) is a fictional character in the Marvel Comics series New Mutants, also associated with various X-Men-related comics. Like all the other New Mutants, Amara originally appeared as a young mutant aspiring to become a hero. Amara, a mutant with the ability to generate lava joins the New Mutants and becomes Magma. 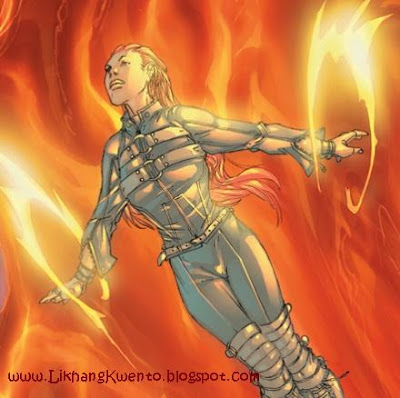 Magma is a mutant with geothermal powers and the ability to fly. These grant her the ability to control the movement of earth and tectonic plates, even to the extent of causing seismic upheaval. She can also call forth molten rock from the Earth's core, producing projectiles composed of lava, or miniature volcanoes. When using her powers, Magma typically assumes an energized form that emits intense light and heat. She can also create orbs of a fire-like substance and use them as projectiles or a source of light. Although Magma has triggered small earth tremors without taking on her energized form, she has never been seen to use her power to control lava while in her ordinary human appearance. She possesses an immunity to heat and flame. In addition, Amara possesses certain regenerative powers when in contact with the ground.
Posted by bluedreamer27 at 4:40 AM