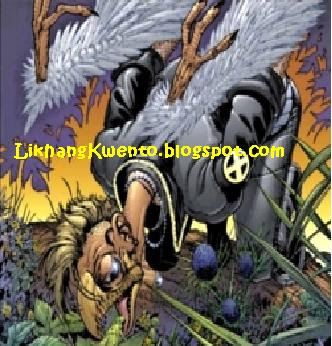 Barnell Bohusk, currently known as Blackwing, formerly known as Beak, is a fictional character associated with the X-Men and its spinoff the Exiles. Currently, Beak wears an advanced body suit that gives him the ability to fly, superhuman strength, and energy blasts, as well as giving him enhanced protection. 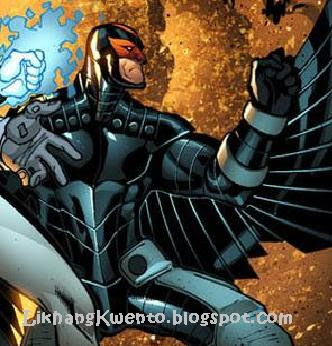 Beak's abilities had probably not fully developed when he lost his mutant powers. However, it is known that he had hollow bones, enhanced agility, and that his entire body was covered in feathers. He had demonstrated a limited ability to glide, but had not mastered controlled flight. His endurance appeared to be enhanced as he has fallen several stories and dusted himself off and gone about his business as if nothing happened. A fall from such a height would have severely injured an ordinary human. He also had the ability to peck.
Posted by bluedreamer27 at 9:39 PM