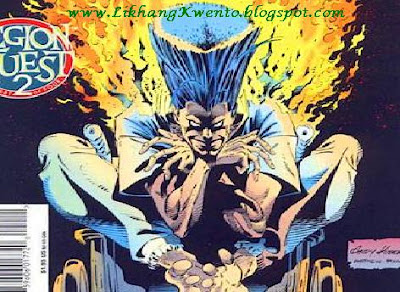 Legion (David Charles Haller) is a Marvel Comics character, created by writer Chris Claremont and artist Bill Sienkiewicz. David is the mutant son of Charles Xavier and Israeli Holocaust survivor Gabrielle Haller. He has severe mental illness, including a form of dissociative identity disorder (more commonly known as multiple personality disorder), with each of his personas controlling one of his many superpowers. His stories typically revolve around bitterness towards his father, and in Legion Quest, a misplaced attempt to redeem himself in his father's eyes. 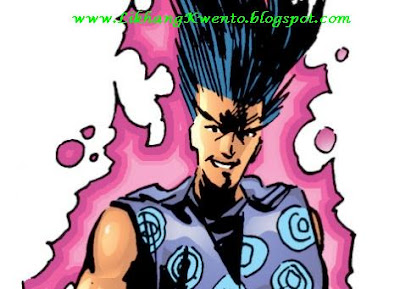 In the current New Mutants run, Legion is shown as inhabited by thousands of personalities, each with its own superhuman ability, some of which have physical manifestations that manifest such as lycanthropy and a prehensile tongue. According to Cannonball, this is a new part of his power. Some of the other powers he manifests include super speed, flight, x-ray vision, heat absorption, super strength, matter animation and sonic screams. Dr. Nemesis reveals that because his mind has become so fractured due to the many personalities, he instinctively created a doll named Moira, when one personality gets hold of the doll, it controls his body.
Posted by bluedreamer27 at 3:09 AM