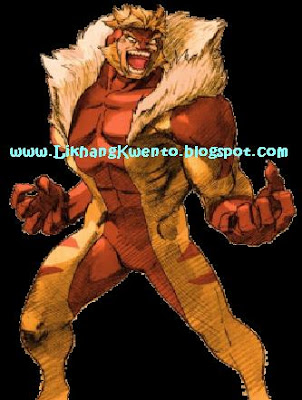 Sabretooth (Victor Creed) is a mutant who possesses bestial superhuman abilities, most notably a rapid healing factor, razor-sharp fangs and claws, and superhuman senses. He is a vicious assassin responsible for numerous deaths both as a paid mercenary and for his personal pleasure. The character Wolverine is his long-time enemy, although conflicting accounts have been given as to the origin of their feud. It is also known that he and Sabretooth were victims of the Cold War supersoldier program Weapon X, and that Sabretooth saw Wolverine as competition and tried to make his life miserable. While Wolverine is depicted as suppressing his more savage qualities, Sabretooth does the opposite and embraces them. 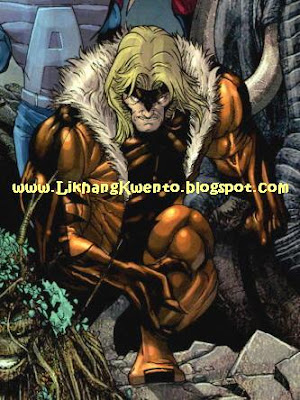 Sabretooth is a mutant with a number of natural mutant powers and artificial improvements to his physiology. His primary mutant power is an accelerated healing ability that allows him to regenerate damaged or destroyed areas of his body and cellular structure far beyond the capabilities of an ordinary human. He can regenerate organs such as missing eyes and large portions of flesh. Sabretooth's natural mutant attributes stem from, at least partially, his accelerated healing factor. This "healing factor" also grants him virtual immunity to poisons, most drugs, toxins and diseases, and limited immunity to the fatigue poisons generated by his own body. The unique regenerative qualities of his healing powers and "age suppression factor", Sabretooth's natural aging process, cause him to age at an unusually slow rate. While he is of an unknown advanced age, Sabretooth has the appearance and vitality of a man in his physical prime.
Posted by bluedreamer27 at 11:49 PM