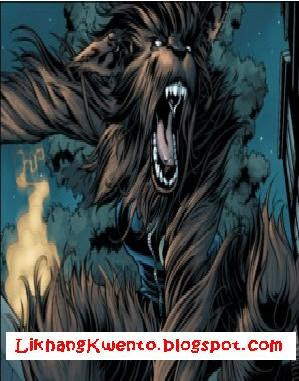 Wolfsbane (Rahne Sinclair) is a Marvel Comics superheroine, associated with the X-Men. A Scottish mutant, Wolfsbane possesses the ability to transform into a wolf or into a transitional state somewhere between human and wolf. She has honed her powers to shift between human and wolf characteristics but must keep her feral instincts at bay when she does.
She was originally a member of the X-Men's 1980s junior team The New Mutants and later the Pentagon-sponsored X-Factor and the European offshoot Excalibur. She appeared for a time as a teacher at Xavier's Academy in New X-Men. She served as a member of the X-Factor Investigations detective agency, until she joined the new incarnation of X-Force. She has thus been a member of six secondary X-Men teams, more than any other character. 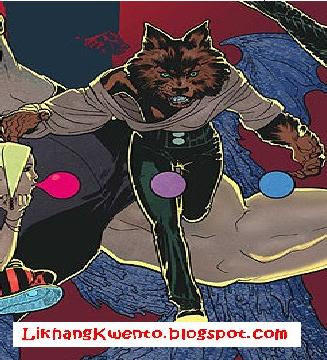 Wolfsbane is a mutant with the ability to transform herself into a wolf at will, while retaining her human intelligence, or into a transitional form which combines human and lupine aspects; while this ability is similar to lycanthropy, it is not magical in nature. She can change into a humanoid lupine form resembling a werewolf, or become an actual Red Wolf. In either form, Wolfsbane has enhanced senses of hearing, sight, and smell (similar to those of a wolf's, but also superior to them); animal-like strength, agility, and reflexes; razor-sharp talons and fangs; and bestial instincts. In lupine form she can also see into the infrared and ultraviolet portions of the spectrum, thereby enabling her to perceive heat patterns and to see in the dark.
Posted by bluedreamer27 at 11:04 PM