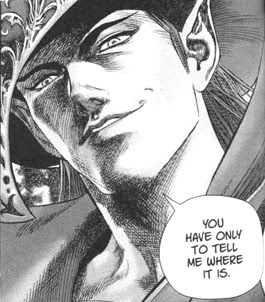 Once an esteemed magister, Dar'Khan Drathir would become one of Quel'Thalas' greatest traitors. His limitless ambition, combined with his egotistical mindset, made him an easy pawn for the forces of the Lich King. Empowered by the treacherous Prince Arthas himself, Dar'Khan opened the way for the Scourge to enter Quel'Thalas and ravage the land in their march to the Sunwell.

Though he was killed at some point after the fall of Quel'Thalas, Dar'Khan has been resurrected by the Lich King and now resides at the fortress of Deatholme in the southern Ghostlands, where he commands the Scourge in Quel'Thalas. His presence at the doorstep of Quel'Thalas is one of the primary obstacles preventing the blood elves' full acceptance into the Horde.

Dar'Khan Drathir was a member of the Convocation of Silvermoon during the Second War. When warned by Alleria Windrunner of the potential threat of an alliance between the Horde and the Amani forest trolls under Zul'jin, Dar'Khan scoffed and believed that they would not be able to get past the Runestones that protected the borders of Eversong Woods. 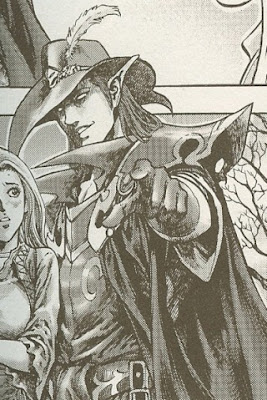 Manipulated and strengthened by his "Blessed Lord", it was his friendship with Lor'themar that allowed Dar'Khan to help Arthas and his army slip through the Quel'Thalassian defenses, slaughtering his own comrades in the process, all the while believing that Arthas was helping him to fulfill his desire for the Sunwell's power. While he battled his fellow magi for control of the Sunwell, Arthas used it to revive Kel'Thuzad, destroying it in the process.
Posted by bluedreamer27 at 1:07 AM