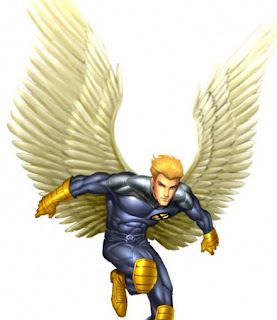 Warren Kenneth Worthington III is a fictional character, a comic book superhero in the Marvel Comics universe. Originally known as Angel and later Archangel, Worthington is one of the founding members of the X-Men.
A mutant, Angel originally possessed a pair of large feathered wings extending from his back enabling him to fly. He is the heir and CEO of the multi-billion dollar Worthington Industries. This privileged background resulted in Warren being stereotyped as an arrogant and self-absorbed playboy during his early years with the X-Men. This personality would ultimately be replaced with a more introspect and brooding personality in the late 1980s, when the character was revamped into the more grim and gritty "Archangel" persona. 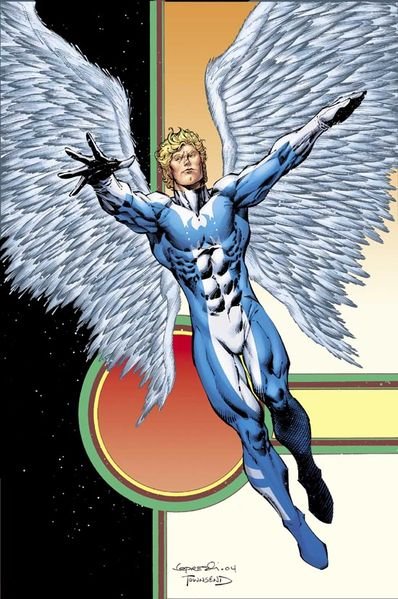 He make use of the large, feathered wings on his back for natural flight. Also has eagle-like vision and blood with regenerative properties. Can transform into a blue-skinned monster with metallic, techno-organic wings, sharp metallic wings and claws, and enhanced physical characteristics.

Email ThisBlogThis!Share to TwitterShare to FacebookShare to Pinterest
Labels: Angel