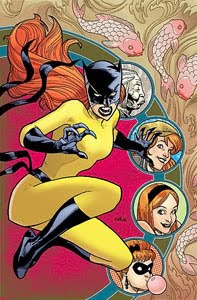 Hellcat (Patricia "Patsy" Walker) is a fictional character published by Marvel Comics. She premiered as the star of a teen romantic-comedy series and was later integrated into Marvel superhero franchises such as the Avengers and the Defenders. 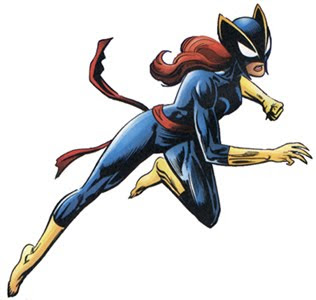 Hellcat can sense mystical phenomena or those items or persons touched by mystical energy. She can use a force field that deflects mystical attacks. She is able to summon her costume at will. Patsy is a well-trained martial artist, having been taught by both Captain America and Moondragon.
Posted by bluedreamer27 at 6:18 PM