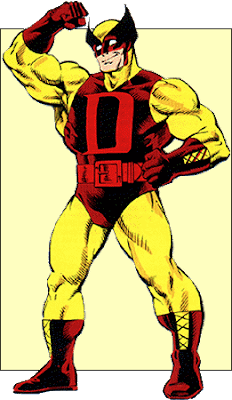 Demolition Man (Dennis Dunphy), also known as D-Man, is a fictional character in the Marvel Comics Universe.
Augmentation of Dennis Dunphy's physical attributes by Dr. Karl Malus on behalf of the Power Broker increased his physical strength, stamina, and durability to superhuman levels. Dunphy possesses superhuman strength sufficient to enable him to lift at least 15 tons. He was addicted to a drug supplied by the Power Broker, but after his drug supply was cut off, his superhuman strength decreased to its current level. 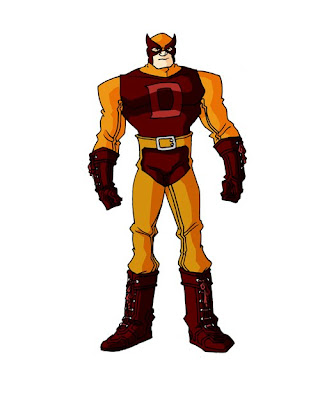 He has a heart condition, increasing his vulnerability to excessive exertion.

Dennis is a skilled aircraft pilot. He is also an excellent hand-to-hand combatant, especially in wrestling, and received further training from Captain America.