Starting today, we will have a new theme. From Avengers, we will be heading to one of the most famous video game Street Fighters. 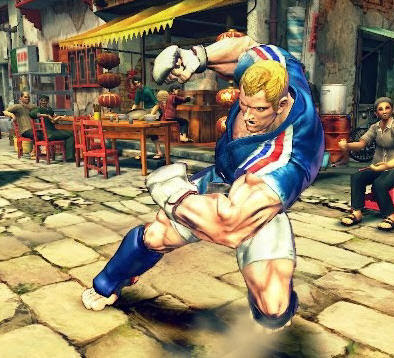 Abel is a French mixed martial artist who first appeared in Street Fighter IV. He is described as amnesiac, a "man with no past" looking to defeat surviving members of Shadaloo. Later in the game, it is revealed that he is the same as Seth which explains the changes in eye color Abel experiences when he does his Ultra Combo. 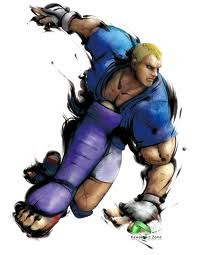 Abel is a very well built individual. He towers over many of the other characters, being almost on par with Zangief in terms of bulk. He wears a blue Judo gi top with white spandex shorts, and blue shin guards and thick grappling gloves. He has blue eyes and sports a Faux Hawk, and is covered in scars from head to toe; most likely from being experimented on or from being damaged in the wreckage he was found in. 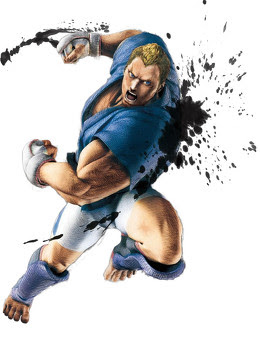 Abel has a very aggressive fighting style. He's mainly a grappler, and many of his moves either chain into a throw or set a foe up for one. Since he moves rather slowly, one would assume he would have a difficult time getting close enough to throw an opponent; however, most of his techniques get him either behind an enemy or right in their face. Abel is also capable of grounding enemies that like spending time jumping around, getting very close in the process. Abel is a strong character who needs to get close to finish a fight, and he's very good at doing it.

Abel uses Combat Sambo (Russian wrestling with military elements), and various MMA styles mixed with Judo according to the Street Fighter IV Strategy Guide. It is also highly implicated that Fedor Emelianenko was the inspiration for the character; the fighting style reflects that inspiration.