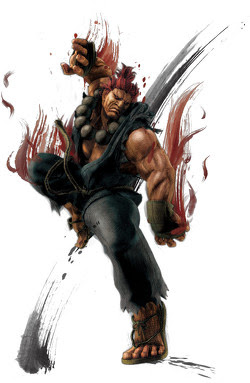 Akuma , known in Japan as Gouki , is a popular fighter in the Street Fighter series.

Originally appearing in Super Street Fighter II Turbo as a secret character and hidden boss, He is Gouken's younger brother and Ryu's adoptive uncle. He has red hair, wears prayer beads around his neck, and wears a black gi (occasionally displayed as blue in artwork). The kanji 'Ten' (天) - meaning "sky", "heaven", or "providence" - can be seen on his back when it appears during certain winposes. He is voiced by Tomomichi Nishimura in many of the games in which he has appeared. 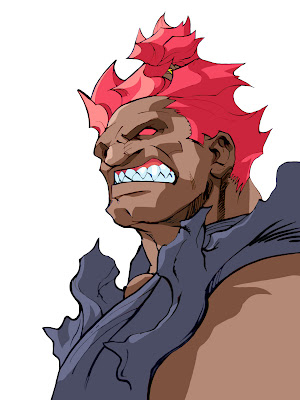 Akuma fights only to test his strength and his opponent's. This means that he will only fight opponents that will provide a challenge, hence his refusal to fight unworthy challengers under any circumstances. Akuma will only kill opponents who are as strong as he, which is why he stopped his fight with Gen after realizing that he was ill. While Akuma attacked his brother and his teacher, he did so in the confines of the code of the warrior, where the field of battle does not distinguish between friend and foe. Akuma believes he committed no transgression whatsoever. Also, with the exception of Gouken and Goutetsu, Akuma usually only fights those who challenge him instead of picking fights, although, a common game mechanic is to allow players to fight him when certain conditions are met, implying that the character the player is using is "strong enough" to pose a challenge to Akuma. 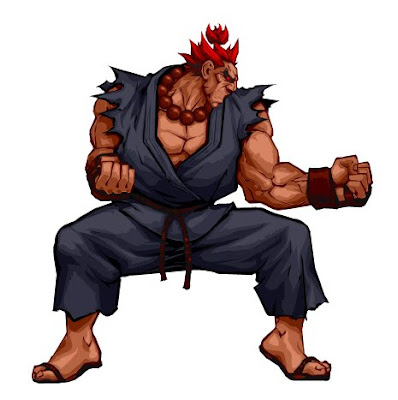