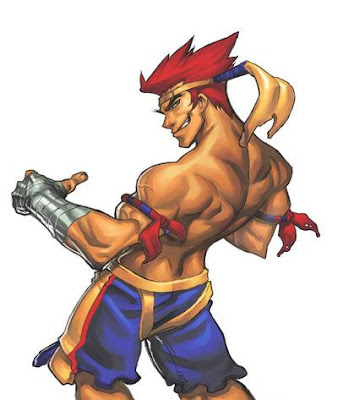 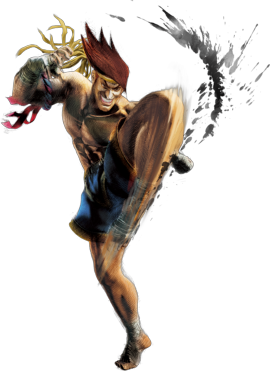 Adon fights with a more dynamic and acrobatic form of Muay Thai. The Jaguar Kick allows Adon to leap over projectile attacks to strike his opponent. The Rising Jaguar is a double knee thrust capable of intercepting airbore attackers at a low angle, and passing though projectile attacks. The Jaguar Tooth, Adon's most versatile special move, allows Adon to leap off the edge of the screen to either strike his opponent, or surprise them by landing early and delivering an alternate attack. These techniques are all highly effective at countering projectile-users, so they give him a slight edge against characters such as Ryu and Ken. 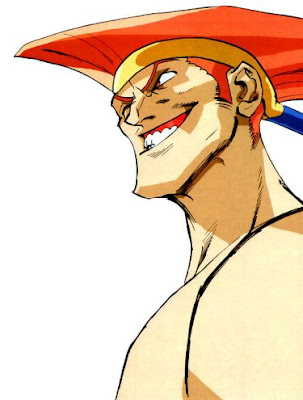 Adon has the distinction of being perhaps the only character in Street Fighter history with a special move activated by a single press of a single button. When using X-Ism Adon in Street Fighter Alpha 3, pressing any kick button while jumping will execute his trademark Jaguar Kick. However, this version of the Jaguar Kick does not inflict block damage, unlike the technique's incarnations in other fighting modes (or every other non-grapple special move, for that matter).
Posted by bluedreamer27 at 11:24 AM