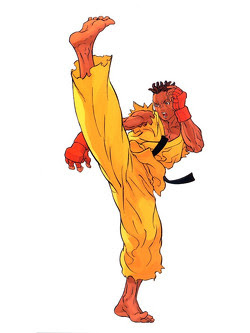 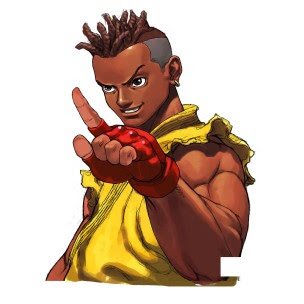 Sean is often referred to as the "Dan Hibiki" of Street Fighter III Third strike. However, Sean was top tier in Second impact, so this comparison is questionable, as Dan is an intentionally ineffective joke character, whereas Sean is considered a difficult to use, but still an effective character. Sean was intended to be the only fighter who used Ryu and Ken's fighting style in the game until Capcom decided that Ryu and Ken were too popular to exclude.
Posted by bluedreamer27 at 6:26 PM