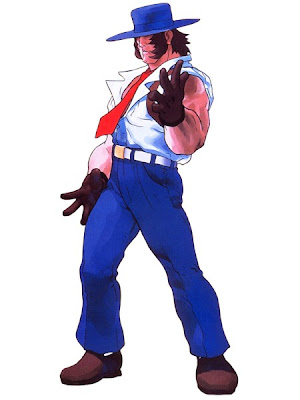 Cracker Jack was once a powerful bouncer from Las Vegas who was known for his unstoppable fists. He earned the nickname "Cracker" due to the baseball bat he always wielded. When a certain criminal organization decides to go after Jack for unknown reason, Jack decides to elude them by becoming the bodyguard of Blair Dame, the daughter of a wealthy European family, when she decided to travel the world. 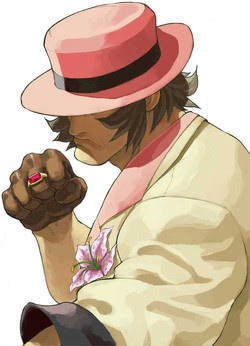 Jack disappeared after the trip was over, only to reemerge when an underground fighter named King Bharat kidnapped his younger sister. Jack defeated Bharat and rescued his sister, only to be pursued again by the organization he was eluding. Eventually he was forced to go to Blair's mansion to hide there for a while.
Posted by bluedreamer27 at 8:06 AM