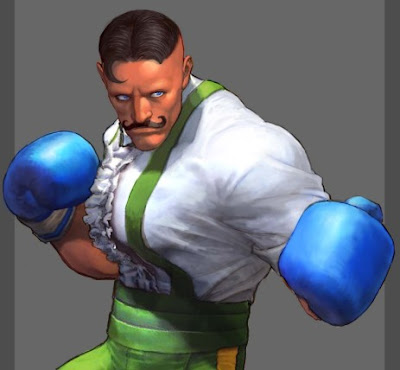 Dudley is a character in the Street Fighter series. He first appeared in Street Fighter III. He is voiced by Bruce Robertson in New Generation and 2nd Impact and by Francis Diakowsky in 3rd Strike. He makes his return in Super Street Fighter IV this time voiced by Stuart McLean. Dudley was born into a wealthy English family. His father was a former athlete turned successful businessman. From the time he was a little boy, he wanted to be a fighter but his family told him he was too small to compete. Later, his father lost his business and the family fortune. The losses prompted Dudley to take up professional boxing to earn back lost assets. Dudley then grew into a formidable boxer both in body and skill and was successful in bringing his family back to affluence. Despite everything that has happened, Dudley still boxes seeking perfection both in and out of the ring always behaving as an impeccable gentleman. While Ryu is often compared to the archetype of a wandering Samurai, Dudley is certainly representative of a chivalrous Knight. 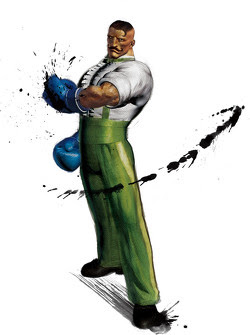 Dudley sports a pair of green tuxedo pants with matching green suspenders and cummerbund, as well as a white dress shirt, green bow tie, and dark dress shoes. Dudley keeps his hair tidy, and grooms his mustache into an old-fashioned handlebar style. He fights with a pair of blue boxing gloves, which he never seems to take off, wearing them when reading his mail, tending his roses, drinking his tea, driving his Jaguar, and even when fixing his mustache.
Posted by bluedreamer27 at 12:25 PM