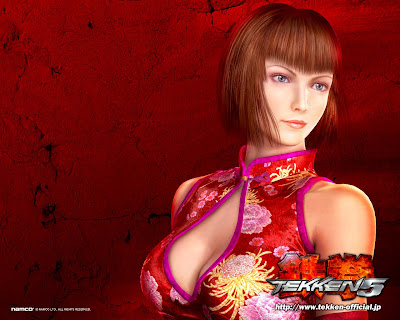 Anna Williams (born August 15, 1967) was introduced in Tekken. She is trained in bone breaking martial arts (koppo) and aikido, and she almost always appears in her trademark red silk dress and/or a blue version of it. With a flirtatious demeanour and seductive laugh, she is something of a femme fatale. Anna has a sibling rivalry with her older sister, Nina Williams. She has been in every game, except Tekken 4. However, she returned in Tekken 5. Anna was featured in Nina's Arcade mode ending, in which she accuses Nina of stealing one of her shoes. She was also featured as Nina's sub-boss in Tekken, but did not become a playable character until the console version of the game. In contrast to her sister's cold attitude, Anna is sociable and often flirts either to her friends or opponents. Seducing her targets is her key to carry out her assassinations successfully.She is also known for her fashionable and inappropriate clothing during combat. Despite Anna's fierce rivalry towards her sister, Nina, she still cares for her and as shown in her endings, both of them are in good terms. Anna is more inclined to reach out to her sister and is dedicated to bring Nina back no matter what it takes. 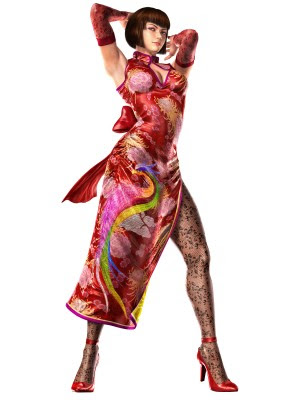 Another notable thing about Anna is that she joins forces in the people who are considered "evil" (G-Corporation's Kazuya Mishima wants to take over the world) in order to either reunite with or try to attack Nina, while Nina joined forces in the Mishima Zaibatsu in which the CEO, Jin Kazama (who is considered "evil" until you realize his true ambition), has a hidden motive - that is, to save the world.
Anna share some moves with Nina ever since she debuted in the series. As the series progressed, she has her own moveset but still sharing some of her sister's moves. Her attacks have an added grace and poise with them, unlike her sister's serious and direct attacks that can result Anna being a bit slower than Nina and her chain throws are fewer than her sister's.
Posted by bluedreamer27 at 2:09 PM