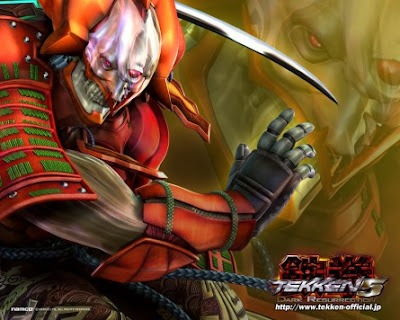 Yoshimitsu (born July 18, 1959) is a fictional character originally created for the Tekken series of fighting games, designed by Namco. Yoshimitsu made his first appearance in Tekken, and he has returned for all subsequent sequels to that game since his inception. Additionally, a seperate character bearing the same name, weapon, clan and basic information, was later carried over into Namco’s Soul series as a secret character, making his debut in Soulcalibur and returning for Soulcalibur II, Soulcalibur III, Soulcalibur IV, and the portable remake of Soul Calibur IV, Soulcalibur: Broken Destiny. It is implied that he is a descendant of the Yoshimitsu of Soulcalibur. It can also be noted that he changes his costumes with every game/tournament (although his Tekken 1, 2, 3, and 4 Player 2 outfits bear some similarity to each other). He can also be customized with items to look like his Tekken 3 costume in Tekken 5: Dark Resurrection. Yoshimitsu is one of only four Tekken characters (the others being Heihachi Mishima, Nina Williams, and Paul Phoenix) to have appeared in every game in the series. 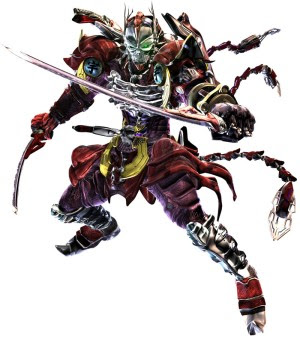 Yoshimitsu initially entered the first tournament as a decoy, so that Kunimitsu and the other members of the Manji clan would be able to steal the tournament’s funds unobserved. But eventually, he heard of a powerful sumo wrestler, called Ganryu engaging in fraud and other corrupt activity, who had likewise entered the tournament. Despite not being a sumo himself, this base disrespect for the sumo code of honour infuriated Yoshimitsu, so he defeated Ganryu, stole his fortune and distributed it amongst the poor.
Yoshimitsu appears in the live-action film Tekken portrayed by actor and stunt man Gary Ray Stearns. He participates in the Iron Fist tournament and is pitted against Jin Kazama. While Yoshimitsu holds his own, Jin eventually defeats him with a punch directly to his masked face. Yoshimitsu will go through another costume change, his features will be a samurai look with light gold armour as when Jin hit him with the guan dao it made a metal to metal clash sound. In the movie he works for Kazuya Mishima and is a master swords men.
Yoshimitsu seems the only character in the Tekken series that used a sword. (And Mokujin or Tetsujin when they're mimicking him, but they don't count as they were using wooden/iron swords. Combot also can mimic Yoshimitsu in Tekken 4 and uses a blue blade light sword attached to his hand).
Posted by bluedreamer27 at 6:19 PM