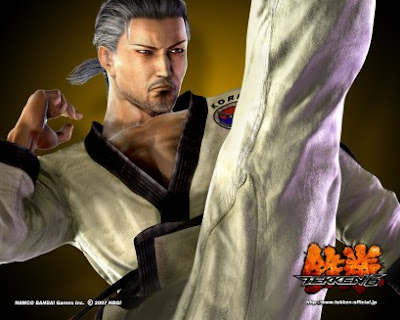 Baek Doo San (born June 26, 1957) is a fictional Korean character in the Tekken fighting game series. His name comes from the Baekdu Mountain.

He first appeared in Tekken 2 as the sub-boss of Marshall Law. According to the storyline, Baek accidentally killed his father during a sparring session. As a result, Baek went on a rampage, destroying several dojos. One of the worst hit happened to be Law's.

Baek's ending shows him sitting on a bench outside a park. He takes out a locket containing a photo of him and his father. Baek reminisces about his training sessions with his father, remembering the great person he was and how much he loved him. Remembering his father for the man he was, Baek finally accepts his father's death, finding peace within himself. 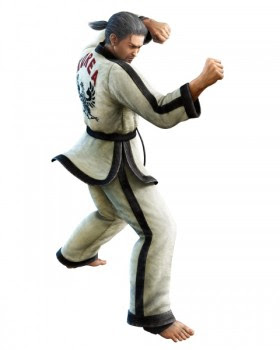 According to the Tekken 3 storyline, Baek was presumed dead after encountering Ogre, the fictional Aztec God of Fighting. One of his closest students, Hwoarang, entered The King of Iron Fist Tournament 3 to exact revenge for his master's death and to have a rematch with Jin Kazama, the only fighter who had ever fought him to a draw.
Several male characters from the Tekken 2 lineup returned in Tekken 5, including Baek. According to the Tekken 5 storyline, his encounter with Ogre had left him in a coma, not dead as initially presumed. He woke up over a year later, after his student Hwoarang had already competed in The King of Iron Fist Tournament 3. Baek then began teaching Tae Kwon Do at military bases. Hwoarang was drafted into the South Korean Military, but he ran away to compete in The King of Iron Fist Tournament 4. When he was arrested by the South Korean Military Police, he was informed that Baek was alive.
Posted by bluedreamer27 at 1:51 PM