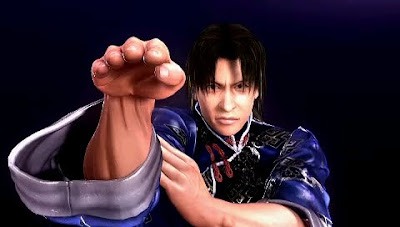 Lei Wulong (born October 4, 1961) is a fictional character from the Tekken fighting game series. The Chinese characters in his name literally translates to Thunder Martial (Arts) Dragon He is based on Jackie Chan.
During Tekken 2 and Tekken 3, Lei was a respected police officer, dubbed "super cop", who put countless criminals behind bars. He was investigating the illegal hunting and trading of endangered animals done by the Mishima Zaibatsu during Tekken 2 and fought Bruce Irvin, his old partner who was working for Kazuya Mishima. Lei defeated Bruce, who escaped in an airplane, but it crashed. Before Tekken 3 he was investigating the drug dealer Bryan Fury, before Bryan was "killed." 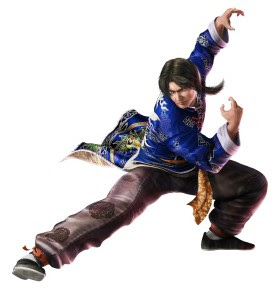 Lei's Fighting Style is known as Ng Ga Kuen (Five Families/Five Animals Kung Fu) & Zui Quan (Drunken Fist), the latter which appeared in Jackie Chan's films "Spiritual Kung Fu" and "Drunken Master".
lso his character is based on Kevin Chan from Jackie Chan's "Police Story" series of movies.
In the times during 100ad in china, as the history mentioned about Kong Ming styled Zhuge Liang lives in Wulong's hills. Wulong supposed to be the name of the ancestors that named for the hills.
Posted by bluedreamer27 at 2:45 PM