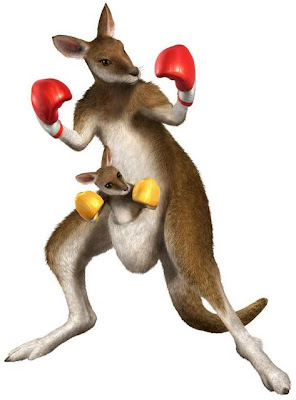 Roger is a fictional character in the Tekken fighting game series. He wears boxing gloves, much like his counterpart Alex . He is a genetically engineered kangaroo with the ability to fight. Roger is a palette swap for Alex, whereas both Roger and Alex are replaced by Roger Jr. from Tekken 5 onwards. 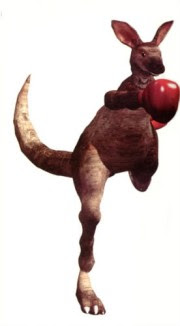 Kazuya Mishima took over the Mishima Zaibatsu from Heihachi. The Zaibatsu became more corrupt than ever under Kazuya's leadership and engaged in many illegal activities such as assassination, extortion, drug dealing and the smuggling of species. Kazuya also recruited Doctor Boskonovitch to work for him. One of the projects he was commanded to work on was creating genetically engineered creatures. Through Boskonovitch, modified animals were created with DNA samples. Roger was created from Kangaroo DNA, whereas Alex was created using DNA from Dromaeosaurid fossil samples. 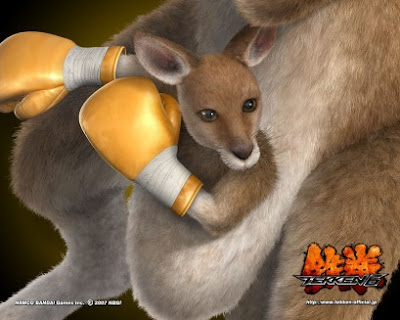 Roger Jr. (born October 22, 2003) is the son of the original Roger. He replaces his father and Alex as a playable character in Tekken 5.
Roger has a genetically engineered Kangaroo wife, who gave birth to their son, Roger Jr. Roger Jr. also wears gloves like his father, as does his mother. It is unknown where they learned to fight, but it is speculated that Roger taught them.
Posted by bluedreamer27 at 2:01 AM