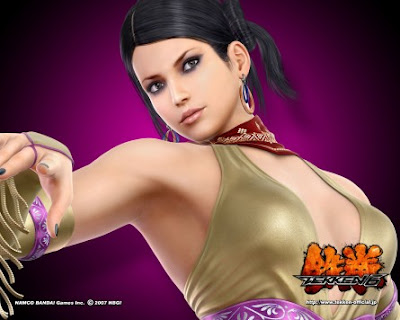 Zafina (born April 1, 1984) is a fictional character from the popular Tekken fighting game series, making her debut appearance in Tekken 6.

Zafina was born to a group of spiritual warriors with an ancient past and as such she possesses great abilities of her own. She appears to be Albanien.

Since childhood, Zafina was raised to be a protector of an imperial tomb. Several years ago, a foreign army attacked the imperial tomb she and her group were protecting and Zafina single handedly wiped every single one of them out. Since then, the group’s guru appointed her to be its sole assassin.

In her public life, she uses her spiritual powers as an astrologist but recently she can only see evil omens, and her premonitions grow more and more intense day by day. Seeking to understand the meaning behind all of this, Zafina sought the advice of her guru, and he began to tell her an ancient tale passed down from generation to generation only to a select few. According to the tale, two evil stars (Kazuya Mishima and Jin Kazama) will shake the world when they come into contact, and, inevitably, the two will unite with the sealed ancient evil being protected by her group, destroying the world. Zafina considered both the meaning behind the guru’s tale and her own dire premonitions. 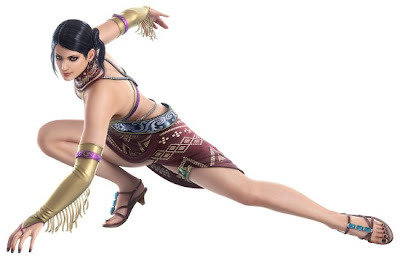 Zafina has a calm personality. She also appears to be threatening her opponent at times, due to her pre-fight quotes, such as "I warned you", "This is a battle you won't walk away from!", and "Death becomes you", as well as her win animation quote "Don't say I didn't warn you.". However, she appears to want to spare her opponent's life at times, due to her "Leave now if you value your life!" pre-fight quote and her "Leave now, and you may live" win animation quote. Zafina appears to be dedicated to her mission to destroy the two "evil stars", judging by her win animation quote "I must hurry".
Zafina's fighting style is Ancient Assassination arts. She has other 2 different poses that has variety of attacks on each. Because of her flexible frame and her poses, she is difficult to hit. However, her strength is lacking, causing her to do moderate damage.
One noteable trait of her fighting style is it is very creepy. Her movement seems to be that of an insects. For example, after a victory, she crawls away on all fours.
Posted by bluedreamer27 at 6:26 PM