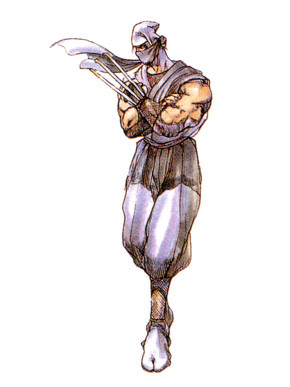 Geki is a claw-wielding ninja who also uses shurikens and teleportation techniques. He fights in a meadow from where Mount Fuji can be seen. Like most of the characters from Street Fighter, very little information has been revealed about him. Vega wields a claw much like Geki's. 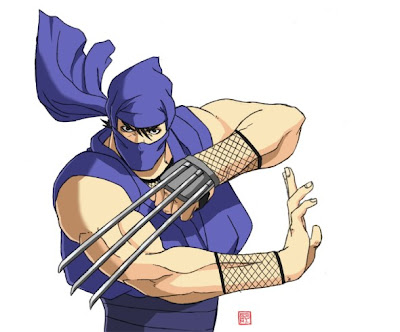 It is a possibility that Geki was the one who trained Vega in the art of Ninjutsu since he went to Japan to study it according to the canon storyline.
Wielding his claw, Geki is one of the first characters in the Street Fighter series to have any sort of weapon, the other being Eagle's clubs.
Posted by bluedreamer27 at 8:42 AM