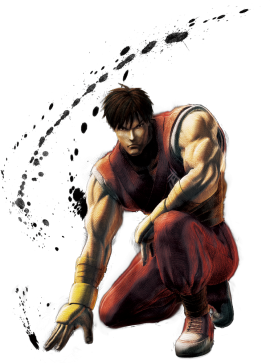 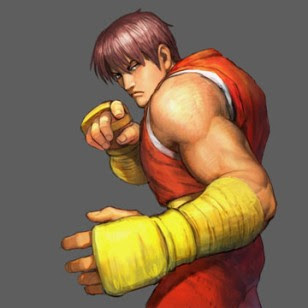 Guy's fighting style can be described as a fusion of traditional ninjutsu with modern street brawling. He remains one of the fastest character ever in the series, mainly due to his Haya-gake, which quickly closes the gap between him and an opponent. In Street Fighter Alpha 2, Guy was one of the few characters who could perform chain comboes after they were removed. In the Street Fighter series, Guy lacks a projectile, though he can throw a close-ranged burst of ki and shuriken in Final Fight 3 and Final Fight Revenge respectively. Guy is the only Final Fight character in the Street Fighter Alpha series to not use a weapon, though he does carry kunai on his person, as seen in his ending in Super Street Fighter IV. 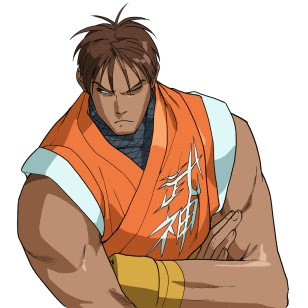 Guy is one of three playable characters, along with Cody and Haggar, in the original arcade version of Final Fight, released for the arcades by Capcom in 1989. Each of the three fighters featured their own unique characteristics, with Guy being the fastest of the three due to his ninjutsu skills. One of his most unique techniques in the game is the "Off-the-Wall Kick", a technique which allows Guy to bounce off the wall with a jump kick. Due to space constraint, Guy was initially omitted from the Super NES port of the game, with Cody and Haggar being the only playable character in that version. Capcom later produced a second Super NES version titled Final Fight Guy, which replaced Cody's character with that of Guy, with the in-game explanation given that Cody was away training under Guy's master in Japan. Later versions of the game such as Final Fight CD for Sega CD and Final Fight One for the Game Boy Advance would include all three characters. Capcom also produced an NES game titled Mighty Final Fight, a parody of the original Final Fight which features all three characters. In the backstory of the original Final Fight, Guy is established to be the 39th successor of the Bushin-style Ninpo.
Posted by bluedreamer27 at 12:47 AM