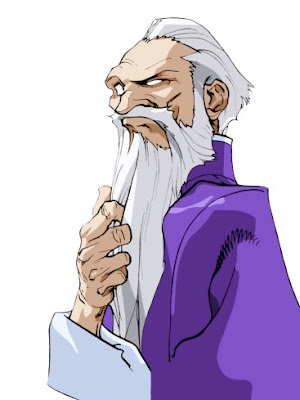 Gen (Japanese: 元) is a Chinese martial arts master and former assasin who uses legendary fighting techniques. Stated by the official website to be in his 70s by the time of Super Street Fighter IV, Gen is a legend in the Chinese underworld. However, he has been diagnosed with a fatal illness believed to be leukemia, and is seeking to die as he has lived: fighting. He has taught several characters in the Street Fighter series how to fight, including Chun-Li, Yun and Yang. That all these characters possess vastly different fighting styles speaks to the breadth of his mastery. He is currently the only character in the Street Fighter series who can switch between fighting styles (he has 2 of them) during a match, and one of the few characters in fighting games with multiple movesets. 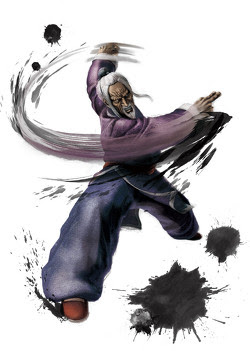 Gen appears as a main character the live-action movie, Street Fighter: The Legend of Chun-Li, portrayed by Robin Shou. Depicted as a younger martial arts master, he serves as the leader of a secret anti-crime organization known as the Order of the Web. It is Gen who teaches Chun-Li her more advanced moves, including the Kikoken and accompanies her in the fight against Bison and Shadowloo.
His back-story also reveals he was a partner-in-arms with Bison in their earlier days as criminals, but Gen eventually left him, no longer tolerant of stealing from others.