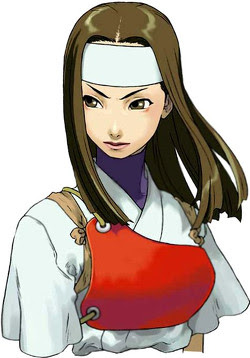 Hokuto is the lead character of the Street Fighter EX series by Arika. Hokuto was born to a branch of the Mizukami (水神) family, which has held a tradition in the art of Kobujutsu. Originally known as "Shirase" (訃) during her childhood, Hokuto was entrusted to the head house at an early age and raised there. After her younger sister Nanase was born, the two trained together rigorously in the martial arts and were closely bonded as sisters. Hokuto trained in the martial arts since an early age, refining them into her personal style, eventually blooming her talent to become the "seiden" (正伝) of the ancient hand-to-hand martial arts of the Mizukami. 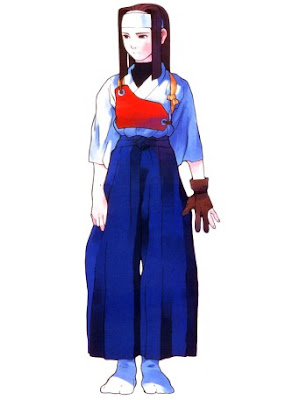 On the day Hokuto turned 17, she learned of the existence of elder brother named Kairi from her foster father, who disappeared when Hokuto was still an infant. Her brother was in fact, still alive and walking the path of the Shura (修羅). Hokuto sets off to a journey to stop him, which meant that she would have to face Kairi in a life or death confrontation. Eventually Hokuto did reached the end of her journey and was reunited with her brother Kairi...
However, Kairi's presence triggered the Seal of Blood implanted into Hokuto, turning her into an assassin whose only purpose was the erasure of Kairi's existence. The two siblings engaged in a severe battle which ended abruptly when Kairi fell into a ravine and disappeared. 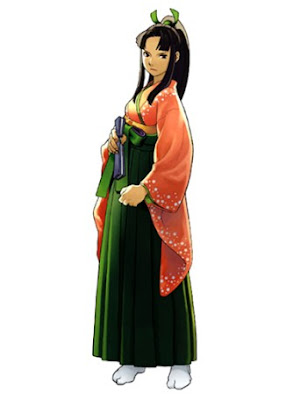 Hokuto returned from her journey and was recognized as "seiden" of the Mizukami family. While training Nanase to become a legitimate successor herself, Hokuto learns of rumors stating that Kairi is still alive. Hokuto concedes the title of "seiden" to Nanase and sets off to a journey to find Kairi again. The only way to stop Kairi was to become a Shura herself...
Posted by bluedreamer27 at 7:46 AM