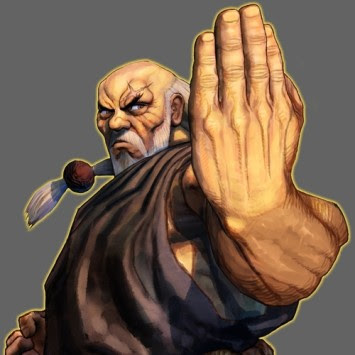 Gouken is a playable character in the Street Fighter series. He is Ryu's adoptive father, Ryu and Ken's martial arts master, Dan's former master as well as Akuma's older brother. Gouken is most often depicted as an elderly man with a white beard and prayer beads around his neck. In his most recent Street Fighter IV appearance, Gouken wears a single sleeved, navy blue-colored karate gi and sports a long, white braid of hair adorned with a single prayer bead. Gouken plays an integral role in the series' backstory, and was first depicted as a picture in Akuma's ending in Street Fighter Alpha. Gouken's first actual appearance as a character was in Street Fighter IV as a boss character. He is an unlockable character in the home console version of the game. 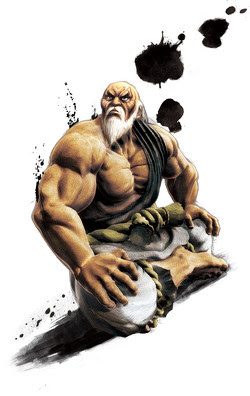