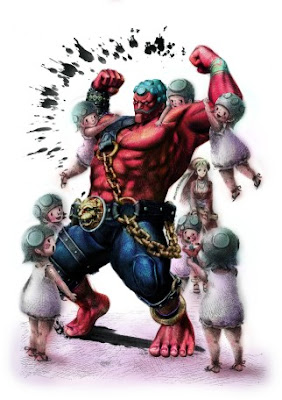 Hakan is a character in the Street Fighter series. He is making his debut as the tenth and final new fighter in Super Street Fighter IV. He was revealed by IGN on March 9, 2010. The character was created specifically to be "something that was never seen in a Street Fighter game before." The creators searched for an interesting new fighting style on websites such as YouTube to come up with a new off-the-wall character akin to Blanka or Dhalsim. Hakan is the president of the world's leading edible oil manufacturer and a leader in Turkey's national sport of Yağlı güreş. He enters the S.I.N.. tournament to showcase his skills, while also travelling the world in search of inspiration for a new oil recipe (after beating up and interrogating a trespassing thug whom he accuses of being an industrial spy). 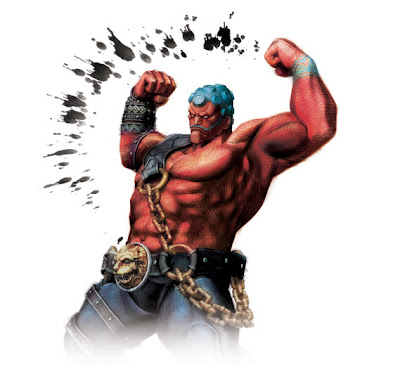 A practitioner of Yağlı güreş, Hakan's moves revolve around the application of oil to his body. When he is "dry" he still maintains a slippery body and the same movesets, but when he applies oil he receives many advantages such as sliding further on the ground during his slide attack and having a longer range for his command throw. Application of oil makes him "glow" for a short amount of time, acting as a timer of sorts for his current oiling. Since his playstyle is based heavily on "oiling up" to achieve additional range, many of his attacks are designed to provide him the space needed to do so.
Posted by bluedreamer27 at 7:36 AM