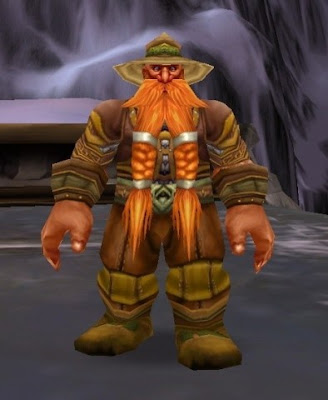 Brann Bronzebeard is the youngest of the three Bronzebeard brothers, with former King Magni Bronzebeard and Muradin Bronzebeard being his elders. Brann is an active member of the Explorers' League, following closely in the footsteps of his brother Muradin. One of the greatest explorers to ever wander the lands of Azeroth, Brann is recognized and welcomed across the known world. The warm, courageous dwarf has made friends and acquaintances in nearly every charted land — and presumably those uncharted as well. Brann has spent many years mapping out the remote corners and hidden nooks of the Eastern Kingdoms for his beloved Explorers' Guild. With the recent discovery of Kalimdor, Brann is one of the first dwarves to tread the unknown paths of the ancients 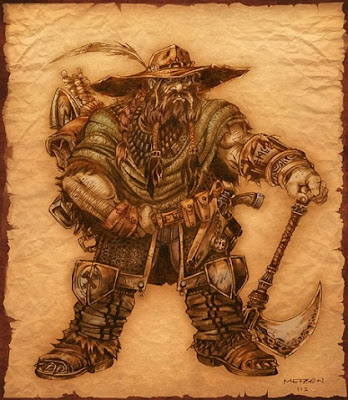 Brann is one of the founders of the Explorers' Guild, along with Samul Strangehands. He is one of the greatest explorers, anthropologists, archaeologists, taxonomists, linguists, etc, to ever wander the lands of Azeroth. At different times during his journey, he has traveled with companions including his beloved pet gorilla, Glibb, and his trusty gryphon, Gryphadin.
Brann is heavily involved in an Alliance quest chain that starts in Frosthold, the city of Frost dwarves in Storm Peaks. The first quest is given by Archaeologist Andorin, called On Brann's Trail. For lore fans, these quests are well worth finishing for the in-game scene at the end.
Brann also appears inside the Halls of Stone in Ulduar, the Titan city in Storm Peaks. He is involved in the escort quest in the Tribunal of Ages. Brann does not appear to have any qualms as to who comes to his aid while he is in Ulduar, as both Alliance and Horde are able to interact with him.
Posted by bluedreamer27 at 9:17 AM