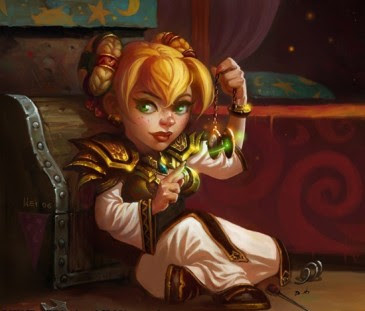 Chronormu is a female bronze dragon. As a member of the bronze dragonflight, Chronormu seeks to maintain and restore various timelines of importance in Azeroth's recent history. Her preferred guise when dealing with mortals is Chromie, a charismatic gnome.
Chromie also acts as the bronze dragonflight's ambassador at Wyrmrest Temple as a part of The Wyrmrest Accord. Chromie sends willing adventurers out into the Dragonblight to investigate the origins of the infinite dragonflight at the Bronze Dragonshrine.
Chromie has also been spotted a few years in the past, just prior to the third war, when she greets players when they zone into the Culling of Stratholme. She explains that the infinite dragonflight are trying to hide the evidence Arthas used to decide to purge Stratholme by casting illusions on the plagued grain. She gives players Arcane Disruptors that allow players to identify the plagued grain crates. 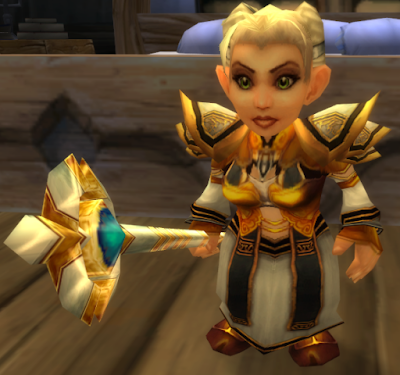 In addition, on heroic mode, she whispers players at the start of the first leg of the instance to rescue the Bronze Dragonflight agent that is being attacked by the Infinite Corruptor. She also gives the group warnings when the timer to complete the rescue mission reaches the five- and one-minute marks.
Posted by bluedreamer27 at 9:03 AM