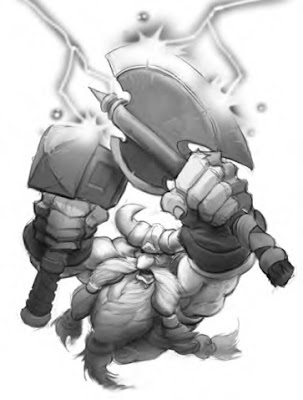 Muradin Bronzebeard is a hero of the Alliance, the younger brother of the dwarven King Magni Bronzebeard and the older brother of the renowned explorer Brann Bronzebeard. Muradin was believed to have perished in Northrend when the young prince Arthas Menethil claimed the runeblade Frostmourne. However, recent events have indicated Muradin survived this brush with death, and wandered the wastes of Northrend with no memory of the incident until a chance encounter several years later.
Muradin is a kindhearted dwarf, fond of good ale and good company. He is a steadfast ally and a ferocious enemy. His years abroad have tempered his Ironforge accent, and he carries himself proudly — he represents both the Bronzebeards and all of Khaz Modan. He enjoys a challenge, whether in exploration, game or battle. Muradin relishes a good fight and willingly throws himself against his enemies. A dwarf of many interests, he appreciates foremost ancient architecture, new lands, strange creatures and the mysterious Titans. Muradin possesses high morals and ethics, always helping those in need and smashing evil whenever he finds it 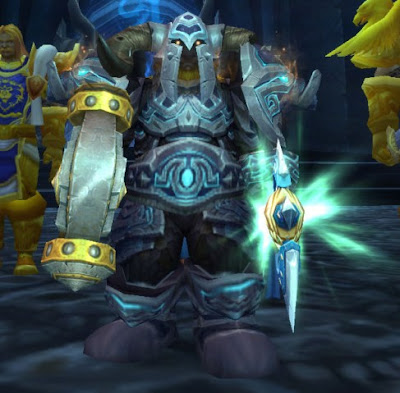 Muradin begins a battle by activating his stoneskin ability and grabbing his long rifle, blasting away at the most powerful opponent he can see. When the enemy closes to within range of his hammer, he attempts to stun opponents with his Storm Bolt feat before charging into melee, activating his stone flesh ability at the same time. Against a single opponent, or when fighting alongside powerful allies, he uses his Bash feat to keep foes out of the action.
Posted by bluedreamer27 at 9:11 AM