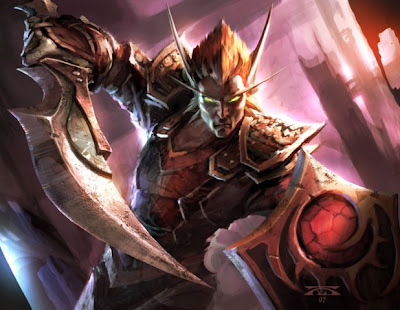 Pathaleon the Calculator is the last boss of the Mechanar, which is one of the satellite structures of Tempest Keep. He is the mouthpiece of his demon-crazed master, Kael'thas Sunstrider. He is the head of all the blood elves' devious schemes and has been connected thus far with the massive red crystal at Fallen Sky Ridge in the west of Hellfire Peninsula and a mysterious scheme dubbed "Project at Firewing Point". He is also Kael'thas' personal envoy between all Manaforges in the Netherstorm.

He is one of the many blood elves that followed Kael'thas to Outland and joined Illidan, until they defected from him for the Burning Legion.

Although this experiment was a failure, he continued with the project at Firewing Point, and as a vengeance to the druids he exploded a prototype of a mana bomb in the Cenarion Thicket. However, the Horde and Alliance sent adventurers that destroyed his plans and exploded the proper mana bomb within Firewing Point. 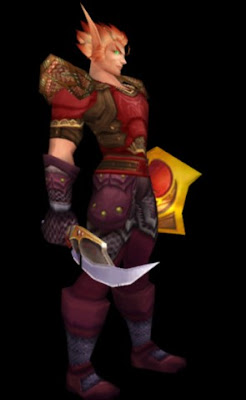 Pathaleon spawns 3 elemental adds every 30-45 seconds, which cast arcane missiles. Like most blood elves, he has a single target mana drain ability called mana tap, which puts a corresponding mana tap buff on him - it can be purged or spellstolen. Regardless of the number of mana taps on him, he will occasionally cast arcane torrent, an AoE silence effect - it has a short duration, and can largely be ignored. Pathaleon will also occasionally mind control a random player for 12 seconds.
Posted by bluedreamer27 at 8:48 PM