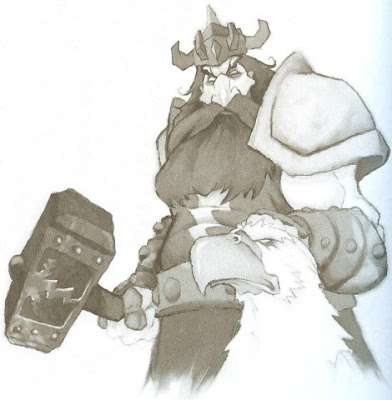 Falstad Wildhammer, also known as Falstad Dragonreaver, is the High Thane of the Wildhammer Clan and brother of the gryphon rider Kurdran Wildhammer. He rules the Wildhammer clan from Aerie Peak in the Hinterlands.

Falstad Dragonreaver was a noble gryphon rider of the Wildhammer dwarf clan of Hinterlands, commanding a small flight of such riders who patrolled the shores of Lordaeron for any hostile draconic activity after the Second War. Falstad and his comrades protected the town of Hasic from certain doom, and then transported human mage Rhonin and his companions across the Great Sea to Khaz Modan. During the journey, however, the group was ambushed and Falstad's kinsmen were killed. Nevertheless, at the incentive of Vereesa Windrunner, Falstad continued to Khaz Modan. Later, with the help of a clan of hill dwarves, Falstad reached Grim Batol and fought in the final battle there to free the Red Dragon Queen Alexstrasza. 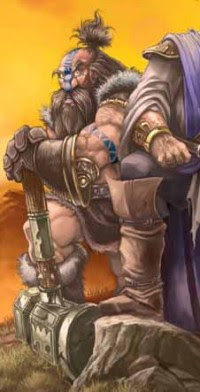 Falstad Wildhammer was to be seated in the Council of Three Hammers, but in the early Beta was replaced by Kurdran Wildhammer. At Blizzcon 2010 this alteration was raised and it was stated that Falstad should be reclaiming his seat. In Cataclysm Beta Build 13221 (after Blizzcon 2010), Falstad had returned and is accompanied by an NPC: Wildhammer Fact Checker, an homage to the person who pointed out that Falstad was missing.
Posted by bluedreamer27 at 5:15 PM