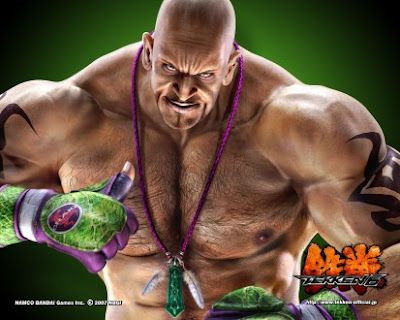 Craig Marduk (born January 18, 1977) is a fictional character in the Tekken fighting game series. He is a professional Vale Tudo fighter who hails from Australia.

Craig Marduk was an undefeated Vale Tudo fighter for four years as a professional. When he was involved in a minor scandal, his backers were only too glad to release him. Imprisoned in Arizona for a murder committed in a bar fight, Marduk was suddenly released thanks to the influence of an anonymous benefactor. Upon his release he received a mystery package containing a newspaper clipping about the King of Iron Fist Tournament 4, and an airline ticket. 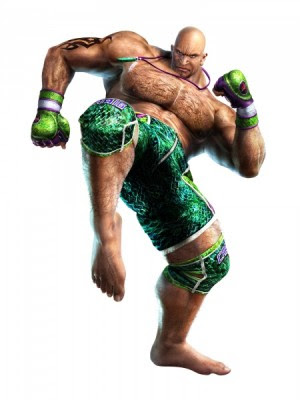 Unfortunately for Marduk, the man he had killed in the brawl was Armor King. Swearing revenge, Armor's protege, King, paid for Marduk's release using money he had earned in wrestling tournaments. He had also sent the newspaper clipping and airline ticket, so that he could exact revenge on Marduk when he entered the tournament.The two met at the tournament, where King sufficiently defeated him, leaving Marduk hospitalized. Later, King paid a visit to Marduk in the hospital to finish him off, but instead spared him after noticing a photograph next to Marduk's bed showing Craig and his family.
In Tekken 6, equip Marduk with an "Ogre's Club" and press a secret button then he will swing Ogre's club and end up a raging scream. Craig Marduk is based on the wrestlers Nathan Jones and Bill Goldberg. Of all the human characters from the Tekken series, it can be argued that Marduk has the largest size body, almost being able to exceed Jinpachi Mishima.
Posted by bluedreamer27 at 9:58 PM