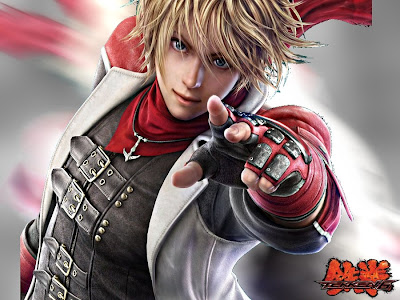 Leo Kliesen (レオ, Reo) (born April 14, 1988) is a character in the Tekken fighting game series. Leo is one of the four characters first introduced in Tekken 6, which was released to Arcades in Japan on November 26th 2007. Leo is from Germany, and fights with the art of Hakkyoku-ken (Bajiquan).
Leo is the child of a world known spelunker and a top female executive of the biotech firm, G Corporation. Leo’s father disappeared during an exploration when Leo was a child, but even so, Leo strove to become just like him. Leo grew up to be a straight and narrow person, but Leo's happy days came to an abrupt end when Emma Kliesen was killed. Saddened by the tragic event, Leo shut everyone out. Some time later, the police inconclusively ended the murder investigation without explanation. Leo continued the investigation. Not long after starting this mission, Leo discovers the existence of a person who is regarded as a hero of the G Corporation - a man by the name of Kazuya Mishima. Suspecting him of committing the murder, Leo seeks revenge but finds it impossible to get near Kazuya due to his newly acquired status within the G Corporation. However, Leo heard news of The King of Iron Fist Tournament 6 being held by the Mishima Financial Group. Finding out that Kazuya would be participating in it, Leo followed suit, thinking that it was the only chance for revenge. 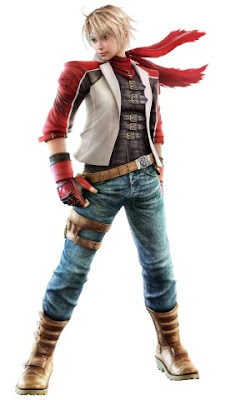 There were rumors before the game was officially released that Leo was a girl, and shortly after the game was released in Europe, there were complaints about the character most likely because Leo was thought of as a transgendered character; in game, Leo is referred to only by name or gender-neutral terms, and Leo has no costumes that reveal any portion of the torso, which would normally make the character's gender clear.

Leo has no official gender. The Bandai-Namco development team had stated that they wanted to create a character that would be loved by fans regardless of gender so they made the gender of Leo ambiguous on purpose. Leo can equip a sledgehammer which is a male item, but Leo also can have pigtail hair bases which is usually for female fighters only.