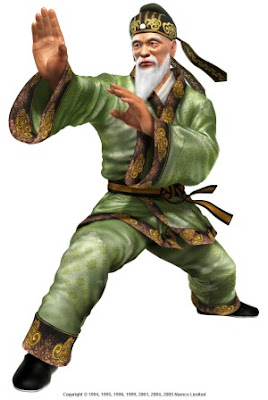 Wang Jinrei (born May 31, 1903) is a character in the Tekken series. Wang's style is the formidable Xingyiquan or (Hsing-I Chuan). It is one of the three internal martial arts along with Baguazhang and Tai Chi Chuan.Wang was a companion of Jinpachi Mishima, Heihachi Mishima's father. Wang watched Heihachi and Kazuya Mishima, as well as Lee Chaolan, with great interest as they all grew and chose their respective paths of life. Wang remained generous and kind whilst living as a recluse. Wang also tutored his granddaughter Ling Xiaoyu in the martial arts at a young age. Furthermore, Wang Jinrei took Marshall Law on in the first King of Iron Fist Tournament, which ended in a draw. However, Wang lost to Jun Kazama in the second tournament. 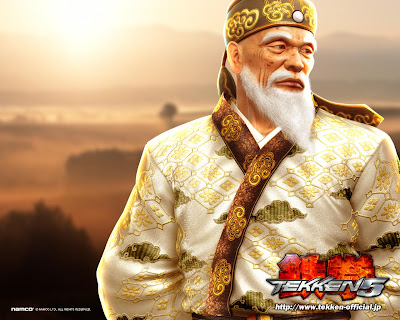 Jinrei was utterly defeated in The King of Iron Fist Tournament 5 by Jin Kazama, whose purpose was to wipe out the Mishima family's cursed blood. However, the real chaos began when Jin Kazama assumed control of the Mishima Financial Group (MFG). He fights similar to Julia Chang and Michelle Chang . He was possibly the former master of Michelle Chang before the first Tekken Tournament.
Posted by bluedreamer27 at 10:56 AM