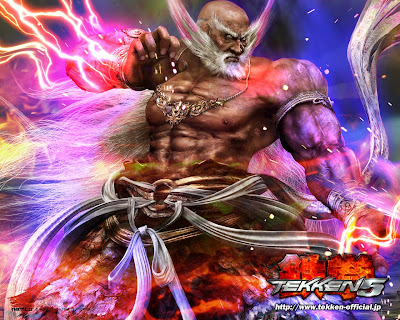 Jinpachi Mishima is a fictional character in the Tekken fighting game series. Jinpachi Mishima, first introduced as the main antagonist in Tekken 5, is the father of Heihachi Mishima, thus being grandfather to Kazuya Mishima and great-grandfather to Jin Kazama. Although Jinpachi has the distinction of being the first boss character of the Tekken franchise to be featured without being selectable (as was the case in the arcade and Playstation 2 versions of Tekken 5 as well as the arcade and Playstation Portable versions of Tekken 5: Dark Resurrection), he was eventually made selectable in the PlayStation 3 version of Tekken 5: Dark Resurrection and will be playable in Tekken Tag 2 Tournament. 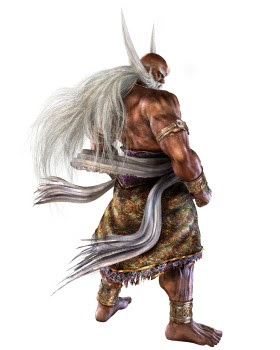 In Wang Jinrei's epilogue, Jinpachi tells Wang that after he died, a certain "thing" (claimed to be the devil in Jinpachi's ending) took over his body, resurrecting him and endowing him with supernatural power. Honmaru was left practically in ruins after The King of Iron Fist Tournament 4, when Jin Kazama left both Heihachi and Kazuya alive. Soon after, G Corporation, a rival of the Mishima Zaibatsu, attacked with a unit of Jack-4s. Kazuya stayed and fought alongside Heihachi for a short time, but then threw Heihachi into the group of Jack-4s to cover his own escape. One of them self-destructed, seemingly killing Heihachi. The resulting explosion released Jinpachi from the basement of Hon Maru, and the demon that possesses his body seeks to destroy all existence. Jinpachi emerged from the rubble to seize control of the Mishima Zaibatsu. After taking back the Zaibatsu, Jinpachi could feel the entity which controlled him slowly dominating his mind and will. He decided to host a fifth King of Iron Fist Tournament, hoping that one of the fighters that emerged would be able to defeat him and kill him. On a more personal level, Jinpachi wrote a letter to his old friend, Wang Jinrei, asking him to enter the tournament and stop the cursed Mishima bloodline.