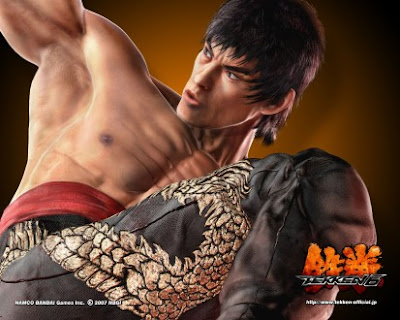 Marshall Law (born August 22, 1960) is a character in the Tekken fighting game series. The character is a homage to the martial artist Bruce Lee and shares many characteristics with the famous martial artist, even uttering similar high-pitched shouts and whoops when he performs certain strikes and attacks.
Marshall also appears in the game Urban Reign, along with his friend Paul Phoenix. In that game, he is unlocked by completing one free mode level. He also has a son named Forrest, born March 17, 1983, who is also based on Bruce Lee.
He is one of the 6 characters from the Tekken series (Tekken, Tekken 2, & Tekken 3 respectively) not to appear in Tekken Tag Tournament. But, he returns in Tekken 4. 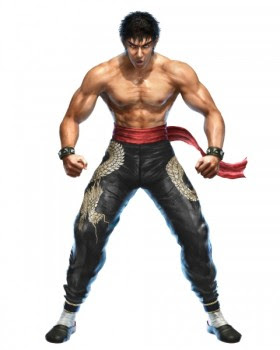 Marshall Law is a Chinese-American who fights using Jeet Kune Do. Sometimes known as "The Fighting Chef", he is training with Paul Phoenix during Tekken 1 and Tekken 2, and he is the father of Forrest Law. He entered the first King of Iron Fist Tournament in order to gain enough money so he could start his own dojo. Marshall does get enough money as a runner-up for his dojo and took Wang Jinrei to a draw. He is indeed married to "Mrs. Law" is seen in Yoshimitsu's ending.
His name is a play on the phrase "martial law," which is the imposition of military rule by military authorities over designated regions on an emergency basis, such as when the civilian government fails to function effectively, etc.
Posted by bluedreamer27 at 9:48 PM