Kil'jaeden is a powerful eredar demon lord and is the acting leader of the Burning Legion. Selected twenty-five thousand years ago as the chief lieutenant of Sargeras, he was ranked above the now-deceased demon lord, Archimonde. While Archimonde had led the Legion's armies, Kil'jaeden's agenda was to assimilate every race possible into the folds of the Burning Legion. Since the apparent banishment of Sargeras, he has assumed the role of supreme commander.

He is also the creator of the Lich King.

Kil'jaeden seems to have no problem keeping his ego from dominating judgment. He is surprisingly forgiving to failed servitors, provided they aren't complete failures. Kil'jaeden possesses an extremely long-term mindset, and views individual events as nothing more than single links in the thousand-year long chains of his schemes. Perhaps because of this outlook, Kil'jaeden is extremely tenacious and rarely lets short-term defeats or missteps prevent him from reaching his goals. If one method of completing a scheme is prevented for whatever reason, he simply finds other ways to proceed. However, he also has a long memory when it comes to individuals who, either intentionally or unintentionally, obstruct his plans. Kil'jaeden does not forget those who hinder him in any way, and often comes back to brutally punish them later, in his own time. His bidding is typically carried out by minions or intermediaries, and Kil’jaeden rarely meets individuals face to face. When he does, it is usually to force them to his will or to slay them once and for all. 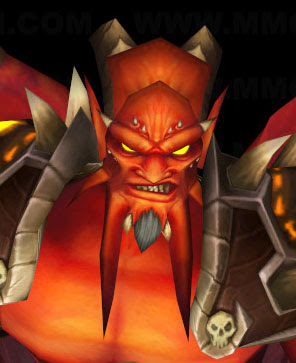 Kil'jaeden the Deceiver has a highly adaptable physical presence and frequently shifts among several forms. He usually tries to assume whatever shape the people around him will trust the most or be the most awestruck by. He attains his goals through a combination of subtle coercion and blatant intimidation. The exact powers at the Deceiver's command are unknown. As his ultimatum to Illidan and his appearance to Ner'zhul and the orcs exemplifies, he is a master of illusions. However, Kil'jaeden's full powers lie not within the boundaries of physical and magical ability, but in the mind. His unrivaled cunning placed him first in position in the ranks of the Burning Legion, and so aptly gave him the title of the Deceiver. He managed the corruption of the orcs with very little magical expenditure, a plan executed almost entirely by manipulation.
Posted by bluedreamer27 at 12:12 PM